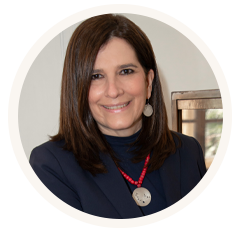 Prof. Vasiliki Kassianidou, joined the faculty of the Department of History and Archaeology of UCY in 1994 as a lecturer in Environmental Archaeology and Archaeometry. She was promoted to the rank of Professor in 2013. From 2015 to 2019 she was the Director of the Archaeological Research Unit of the University of Cyprus. Since 2014 she is a member of the Cyprus National Commission for UNESCO.  From 2014 -2016 she served as the President of the Board of Trustees of the Cultural Foundation of the Bank of Cyprus. In 2018 the Ministers Council of the Republic of Cyprus appointed her as a member of the Board of Directors of the National Board of Research and Innovation. In 2022 she was elected Corresponding Member of the Archaeological Institute of America.

Her research is focused on ancient technology and specifically the production and trade of Cypriot copper through antiquity but also on the impact of this industry on the Cypriot landscape and environment. She has taken part and directed a number of field and analytical projects regarding her fields of expertise and has an extensive list of publications which include four edited volumes, two co-authored volumes and over one hundred articles in peer reviewed journals, edited volumes and conference proceedings. Prof. Kassianidou has coordinated a number of projects funded by the European Union (in FP7 and H2020) and by the Research and Innovation Foundation of Cyprus and participates in many more.