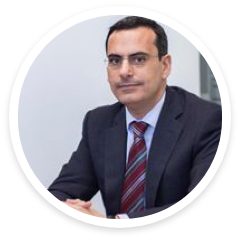 Evgenios C. Evgeniou was the Chairman & CEO of PwC Cyprus (2012 to 2021). He was also a member of the EMEA Leadership Team of PwC representing 15 European countries. He started his career with PwC in London in 1990 and was admitted to partnership in 2001. He has worked with PwC in London and on short secondment in Athens and Moscow.

Before becoming CEO, he was a member of the firm’s Executive Board, the Banking and Capital Markets Services leader and the HC leader. He was also a member of the management team for the Assurance practice of PwC in continental Europe.

Evgenios graduated from Imperial College London with BEng(HONS) and he is a Fellow of the Institute of Chartered Accountants in England and Wales (FCA). He has attended leadership development programs of PwC.