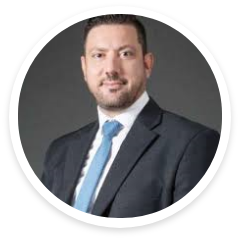 Michalis Neoptolemou is the CEO and Chairman of the board of directors of Remedica Group, a leading Generic Pharmaceutical Industry. He has worked as a lecturer in various Universities, in the Public Sector, the Permanent Representation of Cyprus in the EU where also chaired various working groups during the Cyprus Presidency of the EU with great success.

He has written numerous deliberations for Restructuring Cyprus innovation and Industrial ecosystem, participated in various fora with regard to innovation, technology, Industry and research during his office in Brussels.

Dr Neoptolemou pursued his studies in Cyprus and in the UK. His academic qualifications include the following: PhD in Mechanical/ Aerospace Engineering, MBA, MPA, MSc in HR&OB, MSc in Statistics, BEng Hons and HND. He is married and has two children.